Women Writers of The Common Place

Jane Austen was born on December 16, 1775 to Rev. George Austen and his wife Cassandra Leigh Austen in Steventon, Hampshire. She was the seventh of eight children: James (1765), George (1766), Edward (1767), Henry (1771), Cassandra (1773), Francis (1774), and Charles (1779). At the age of 11, it believed Austen began writing her Juvenilia. Over the next 7 years through Austen’s youth, she would compose three volumes: Volume the First, Volume the Second, and Volume the Third. At the age of 19, Austen concluded her juvenile writings and had moved on to pursue the novel genre that would later earn her her fame. In these early years, Jane produced drafts of Elinor and Marianne (later Sense and Sensibility) and First Impressions (late Pride and Prejudice). Her first completed novel was Susan (later Northanger Abbey) that she wrote between 1798-1799. In 1809, Mrs. Austen, Cassandra, and Jane relocated to Chawton House where Jane would compose the majority of her writings and would live happily until the end of her life. In 1816, Jane’s health began to decline; in 1817, after starting her last (unfinished) novel Sanditon, Jane became too weak to compose. On July 18, 1817, she passed away and is now buried in Winchester Cathedral.

Jennings. Her father’s position as an all boys’ school teacher resulted in Barbauld receiving a more than substantial education in all of the classic subjects. Because Barbauld socialized little in her formative years with children of her own sex, her mother worried that she would not learn the very distinct and particular values of being a lady. Barbauld “chafed under the restraints imposed by her gender” and she rebelled against her mother’s strict notions of female propriety (McCarthy & Kraft 25). Not only was Barbauld considered an outsider because of her unique educational upbringing, but her family also belonged to a politically and religiously segregated group known as the Dissenters. Barbauld’s first publication, Poems, was released in 1773 at the age of 30. The book was a great success and launched the next 40 years of Barbauld’s career as an author. Barbauld’s work had immense impact on her contemporaries; especially, and notably, with male authors like William Wordsworth and Samuel Taylor Coleridge. Her respected position in the literary world paved the way for her career as a political author. As no stranger to dissenting, Barbauld confidently entered the male political domain advocating slave abolition and separation of the church and state. While she may have been “disfranchised and rendered legally invisible by reason of her sex” in the larger political sphere, she set a guiding example for the young Mary Wollstonecraft (McCarthy x). Publishing her last poem “Eighteen Hundred and Eleven” in 1811, Barbauld spent her final days in Stoke Newington where she died in 1825. 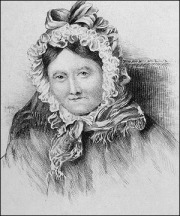 Dorothy Wordsworth was born on December 25, 1771 to parents John Wordsworth and Anne Cookson. D. Wordsworth was the only girl in the Wordsworth family and the middle child of five siblings having two older brothers, Richard (1768) and William (1770), and two younger brothers, John (1772) and Christopher (1774). D. Wordsworth spent most of her life living in the Lake District of England with her brother William. In 1795, the pair set up lodgings at Racedown in Dorset. It was also in this year that the Wordsworths met Samuel Taylor Coleridge, who would later become a great companion and a member of their literary circle. In 1799, D. Wordsworth and her brother moved into the beloved Dove Cottage. It was while residing at Dove Cottage that D. Wordsworth began The Grasmere Journal. Dove Cottage was a happy home for the Wordsworth family and they “settled down at Grasmere as though they had lived there all their lives”; however, it was during these years that D. Wordsworth’s health began to waver as she suffered from headaches and various stomach problems (de Selincourt 113). In 1850, her dear brother William passed away leaving D. Wordsworth alone. She became increasingly weak and composed her last known letter in 1853. After suffering from poor health for most of her life, D. Wordsworth passed away in 1855 at the age of 84. D. Wordsworth composed many journals over her life in conjunction with some lesser-known poetry. She was always a private writer: allowing her manuscript journals to circulate only amongst friends and publishing very few items (mostly anonymously) during her lifetime. Today, her journals are admired for their flowing prose that provides detailed attention to picturesque, natural landscapes and unabashed insight into the daily lives of a Romantic circle of writers.